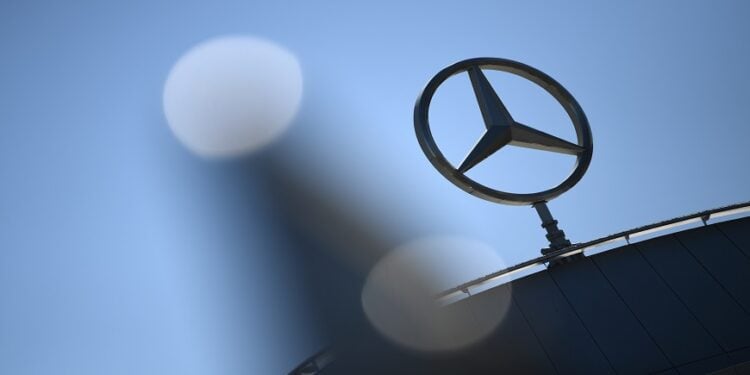 In September 2020, Mercedes-Benz USA and its parent company Daimler agreed with US officials about its involvement in the diesel emissions scandal. The carmaker is paying California state regulators and the US government $1.5 billion (£1.35 billion) for cheat software in their diesel vehicles sold across the country.

According to the Environmental Protection Agency or EPA, the US Department of Justice, and the attorney general’s office, Mercedes disregarded emissions regulations and environmental laws when they installed defeat devices used to manipulate emissions during regulatory testing.

Mercedes installed the devices in around 250,000 vehicles sold in the United States. The agreement involved the EPA, US Justice Department, the California Air Resources Board, and Customs and Border Protection, among others.

Aside from the $1.5 billion settlement, Mercedes and Daimler also agreed to settle their civil obligations amounting to around $875 million (£789.94 million). One of the settlement conditions is additional expenses totaling millions in euros.

Mercedes diesel vehicles sold between 2009 and 2016 are to be recalled and fixed for free. The recall is expected to cost Daimler approximately $400 million (£361.11 million).

Although Daimler and Mercedes continue to deny the allegations, they know that the settlement allows them to avoid a lengthy and costly court process.

On the other hand, government officials believe the settlement cost will prevent other carmakers from getting involved in the diesel emissions scam. Xavier Becerra, California’s attorney general, believes carmakers who deceive emissions regulators and their customers are cheaters who will eventually pay expensive penalties. Mercedes’ emissions case with US authorities is linked to the 2015 Dieselgate scandal that saw the Volkswagen Group in the spotlight after defeat devices were found in thousands of Audi and VW diesel vehicles. The machines are programmed to know when a vehicle is in the lab for regulatory testing so emissions levels can be manipulated to stay within the World Health Organization (WHO)-mandated legal limits.

VW’s diesel vehicles appeared clean, powerful, and safe to authorities. In reality, though, they were heavy pollutants. When taken out of the lab and driven on real roads, the vehicles release massive amounts of nitrogen oxide or NOx emissions. These pollutants have negative impacts on the environment and can be harmful to human health.

The VW Group initially denied the allegations but later admitted that they tampered with the engines and installed defeat devices. Since then, they’ve been paying fines, recalling vehicles, and facing class-action lawsuits and group litigations.

Several years later, US authorities sent a notice to Mercedes-Benz for the same reason VW was called out for – defeat devices. Owners of affected vehicles joined together to file a case against the carmaker.

Daimler has also recalled thousands of affected vehicles so these could be fitted with new, emissions-compliant engines.

Other vehicle manufacturers implicated in the diesel emissions scandal include Renault, BMW, Alfa Romeo, Nissan, Ford, Peugeot, and Vauxhall, among many others. Like VW and Mercedes, these carmakers have also spent millions on fines, legal fees, and compensation.

An affected customer gets compensation when they make successful emissions claim against their carmaker.

The gas that diesel vehicles emit is nitrogen oxide or NOx. Its main components are nitrogen dioxide or NO2 and NO or nitric oxide. It is a known catalyst for pollutants acid rain, ground-level ozone, and smog. Ground-level ozone destroys vegetation by exposing crops and plants to frost, damage, and other harmful elements.

Nitrogen oxide also triggers mental health, particularly depression and anxiety. Additionally, when a person (especially the more senior ones) is exposed to NOx emissions, their cognitive function can be affected. This can develop into serious complications like dementia or Alzheimer’s.

However, the most damaging effects of NOx emissions are on a person’s health – and the impacts can be life-threatening. Low-level exposure has the following products:

Air pollution is now considered more dangerous than tobacco or smoking. It is linked to thousands (or millions) of premature deaths worldwide, including that of Ella Adoo Kissi-Debrah, the young girl who died in the UK in 2013. She was exposed to high-level toxic air where she and her mum lived. After being hospitalized for several months, she had a severe asthma attack and died. In December 2020, the coroner formally declared her cause of death as air pollution.

Air pollution, health issues, and first-rate deception are enough reasons for affected car owners to bring forward a diesel claim against their manufacturers. They should be held responsible for their irresponsible actions.

If you believe your vehicle has a defeat device, verify your eligibility for making a diesel claim. Get in touch with ClaimExperts.co.uk and find out how you can move forward in bringing your claim to court.